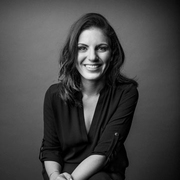 Kristen Hadeed is the CEO and founder of Student Maid, a cleaning company that has employed thousands of millennials over the last decade and is known for building the next generation of leaders. In addition to leading her own company, she now helps organizations around the world make a lasting, meaningful impact on people by creating environments in which they thrive. She has worked with a variety of industries including healthcare, education, retail, real estate, nonprofit, hospitality, aviation, and consumer products. In 2017, she published her first book, "Permission to Screw Up," in which she tells the stories of her biggest mistakes in leadership. She hopes to inspire other leaders to share their "perfectly imperfect" stories of success to empower people with the knowledge that their most challenging moments can become their biggest leadership lessons. Kristen and Student Maid have been featured in news outlets including PBS, FOX Inc., NBC, TIME, and Forbes. Her first TED Talk has received more than three million hits on YouTube.